Click HERE to see the “Clinton Cash” documentary movie for FREE over the Internet on Breitbart.com before you vote. 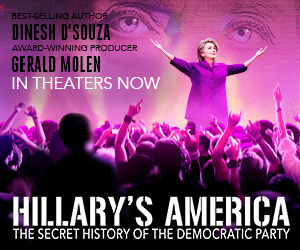 Vote for Donald Trump because the future of the Supreme Court and our Constitution are at extreme risk if Hillary Clinton wins. Hillary Clinton will appoint leftist activist Supreme Court justices who will “reinterpret” the Bill of Rights, including the First, Second, Ninth, and Tenth Amendments, in absurd ways to render them meaningless and eliminate our most important freedoms.

Vote “NO” on all Tax Measures. All taxes combined are much too high, and customers pay the business taxes that are passed on to us as a cost of doing business. The liberal tax-and-spend politicians must learn to live within our means.

Vote “NO” on the measure to ban the Death Penalty for Terrorists and other Mass-Murderers.

Vote “YES” on the measure to speed up the Death Penalty for Terrorists and other Mass-Murderers.

This entry was posted in ALERTS, Elections, Politics. Bookmark the permalink.